Sylvia has a background in clinical psychology and academic research. Together with her partner, Manfred van Doorn, she leads team and organization at Double Healix and MovieLearning. She is responsible for all productions and coordinates the trainings and lectures. Her main strength lies in both her down-to-earth researcher attitude and systematic manner of questioning, and her passion for making women’s lives visible. Sylvia was raised with a love for logical thinking and precisely formulated language from her father – a journalist, communication advisor, and philosopher. Via her mother – housewife and passionate employee of an antique store – her concern for women’s emancipation was awakened. After her studies in clinical psychology, Sylvia conducted scientific research into the intricacies of violence against women in relationships, and, among other things, wrote the book ‘The Illusion of Safety’.

Sylvia gave lessons about this psychosocial problem in post-academic education and worked as a psychiatrist. Her publications about male-female relationships are still relevant in women’s aid. When she felt that her work regarding domestic violence was being adopted sufficiently by the new generation, she founded the Double Healix organization with Manfred. She was especially focused on finding film clips that showed inspiring female leadership. Film analysis has always been a passion of hers. Before they had children, Manfred and Sylvia visited the cinema almost daily, and now that the kids are out of the house, they can be found there equally as often, though now in their own ‘cinema’. At first, it was quite a challenge to find strong examples of female leadership in movies: more often than not, they were nowhere to be found, or they gave a very one-sided image. It gives Sylvia great pleasure that there are more and more powerful women to be found on screen and that more female directors are being hired that show a diversity of female characters. In the Double Healix products, you can find a balanced presentation of male and female leaders, from various cultures. Still, representations of female leadership require extra attention. For this reason, Sylvia also makes specific online courses focused purely on women in leadership positions, both formal and informal. Various online courses have been translated to English, such as ‘Ladies in the Lead: Learning from our Female Leaders’. In her work, Sylvia continually links parenthood and team or organization leadership. Furthermore, for decades, she led ‘Source Groups’ for female leaders, in which she made use of several different forms of (movement) meditation, visualization, archery, and dance-from-within. 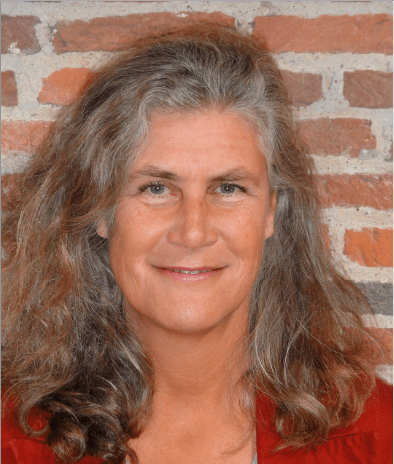